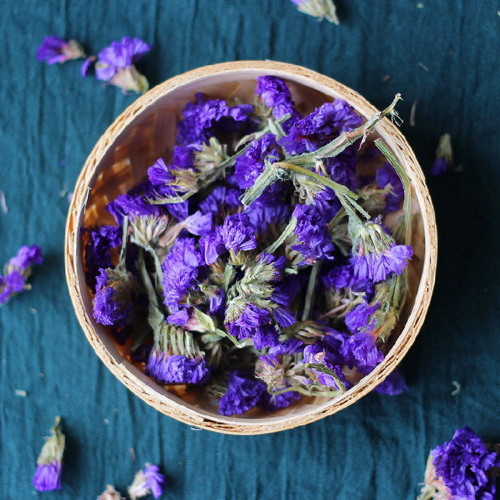 The Forget-me-nots are the genus Myosotis of flowering plants in the family Boraginaceae. The name was borrowed from Old French "ne m'oubliez pas" and first used in English in c.1532. Loans and translations of it can be found in most European and some non-European languages. Legend has it that in medieval times, a knight and his lady were walking along the side of a river. He picked a posy of flowers, but because of the weight of his armour he fell into the river. As he was drowning he threw the posy to his loved one and shouted "Forget-me-not". This is a flower connected with romance and tragic fate. It was often worn by ladies as a sign of faithfulness and enduring love.

It is also told in pious legend that the Christ Child was sitting on Mary's lap one day and said that he wished that future generations could see them. He touched her eyes and then waved his hand over the ground and blue forget-me-nots appeared, hence the name forget-me-not.