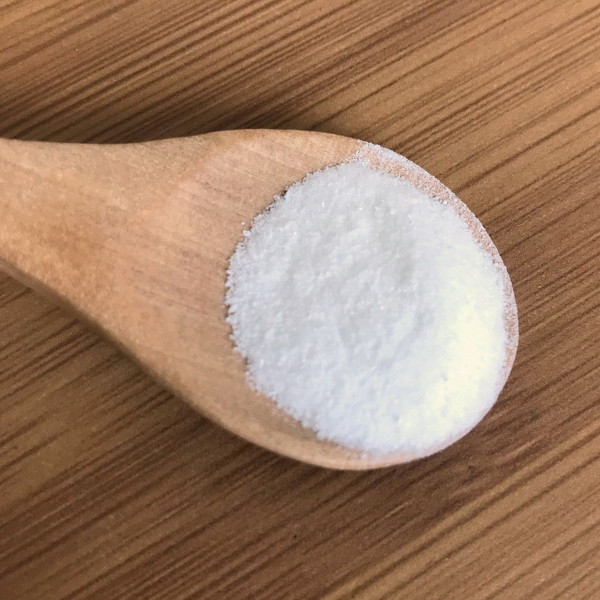 Origin: China
Packaging: Bag
Description:
Stevioside is a natural sweetener that is an extract of Stevia. The sweetness comes from two compounds in the plant called stevioside and rebaudioside, and they are up to 400 times as sweet as sugar.
Stevia is a plan native to South America, and particularly Paraguay. However it can be grown in any sub tropical or tropical climate. Its leaves are about 30 times the sweetness of sugar.
Benefits:
Zero glycemic index. Very sweet. Not harmful to teeth. Very suitable for diabetics. It is a natural product. Seems to assist in the regulation of blood sugar levels, and this is quite apart from the fact it contains no carbohydrates. Is heat stable and suitable for use in cooking and in processed food.
Sold As:
Sold as almost pure extract. Coca cola have a product called Truvia, and Pepsi have a product called PureVia. Both of these are mixtures of Stevioside and Erythritol in a granulated form that is convenient to use. They both have approx 4 times the sweetness of sugar and almost zero calories.
Interesting facts:
Has been used for centuries by native Indians in Paraguay in South America. Has been used in Japan since the early 1970s and it now accounts for 40% of the sweetener market there. Diet Coke in Japan is made with Stevia.
Approval:
Approved in Japan for decades. Approved in EU as E960. Approved in the USA in 2008.
1) Is Stevia safe for diabetics?
Yes, Stevia and stevioside used as a sweetener are absolutely safe. The chronic study has demonstrated that blood biochemical parameters were not altered by 250 mg stevioside thrice a day for 1 year.
2) Are the sugar moieties of stevioside safe for diabetics?
Stevioside, the main sweet component of Stevia, is about 300 times sweeter than table sugar. Therefore, only small amounts need to be used for sweetening purposes. It is not taken up by the intestines and is not metabolised by enzymes of the gastro-intestinal tract as the sugar bonds in stevioside are b-glucosidic bonds.
3) Is stevioside carcinogenic?
NO. Stevioside is not taken up by the intestines and is not metabolised by enzymes of the gastro-intestinal tract. There have never appeared reports proving that the use of Stevia or stevioside enhances the number of cancers in populations, even after a very long time of use (eg. Paraguay: more than 500 years, Japan: more than 25 years, South-Korea: 16 years, Brazil: 13 years, China: 12 years or the USA: since 1995 admitted as a dietary supplement).
4) Is Stevia safe for phenylketonuria (PKU) patients?
Yes, Stevia and stevioside are absolutely safe as the chemical structure of stevioside is a diterpene glycoside that is totally different from aspartame.
5) Stevia and Blood Pressure
Stevioside is a well tolerated and effective compound that may be considered as an alternative or supplementary therapy for patients with hypertension.
6) How many calories are in Stevia extract?
Virtually none. Stevia extracts are considered to have zero calories, zero carbohydrates, zero sugar, zero fat and zero cholesterol.
7) Can Stevia extract replace sugar in the diet?
In the first place it has to be said that the food industry adds too large amounts of sugar to our food. This added sugar is virtually devoid of nutritional benefits and, at best, represents empty calories in the diet. We really do not need this added sugar in the food. We are supposed to eat fresh fruit and vegetables daily and these contain enough sugars for our body. Stevia is much sweeter than sugar and has none of sugar's unhealthy drawbacks. In case of hypoglycemia, Stevia or stevioside are of course unable to substitute for sugar. Consult your physician.
8) What about Stevia or stevioside and dental health?
Stevioside is both fluoride compatible and significantly inhibits the development of plaque, thus Stevia may actually help to prevent cavities.
9) Can Stevia or stevioside be used in cooking and baking?
Absolutely! The melting point of stevioside is 198 °C without decomposition or browning. It is extremely heat stable in a variety of everyday cooking and baking situations, compatible with dairy products and with acidic fruits such as strawberries, oranges, limes and pineapples. Moreover, it is pH stable, non-fermentable and does not darken upon cooking and therefore it has a wide range of applications in food products.
10) How to use?
The most frequent mistake people make with stevioside is measuring out too much. Very tiny amounts of the powder can greatly sweeten. It's easy to add too much Stevia, which overwhelms the taste buds. It is a challenge to find the right amount of Stevia to use because it is so highly concentrated.