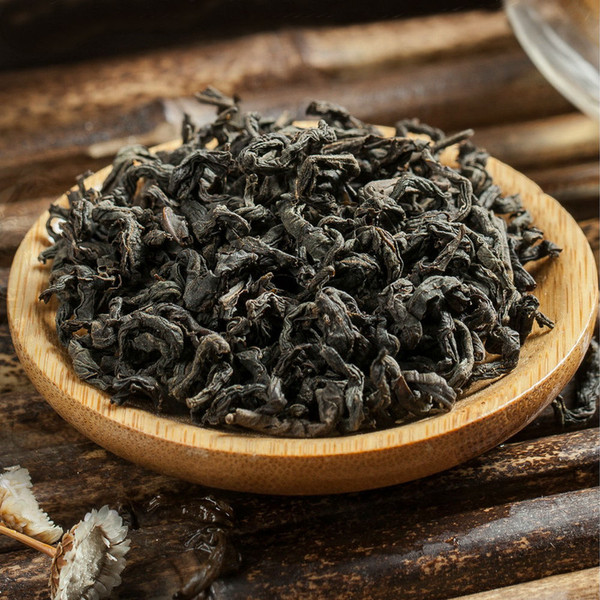 Type: Herbal Tea
Origin: China
Packaging: Bag
Description: Cyclocarya paliurus (wheel wingnut), popularly known as the " sweet tea tree" , has long been renowned for its health-giving qualities. The tree's young leaves contain a wealth of compounds such as polysaccharides, amino acids and flavones as well as several trace elements such as zinc, selenium and germanium, and have a broad range of therapeutic and nutritional values. The best-quality leaves are found in the mist-wreathed Jinhou mountain area of Hubei, Central China, where local people refer to the tea made from its leaves as a gift of health bequeathed to them by god.
Qing Qian Liu is a very ancient tree that originated in the last ice age and grows in the eastern and central area of the country- in mountain forests ranging between 500 and 2500 meters of altitude. It is rarely cultivated in China but in some areas ancient trees are still present in their wild state. They are protected and it is forbidden to harvest the fruits or to cut the trunk. In the region area, a group of young and local researchers have been trying for the last eight years, to increase the cultivation of these trees. Currently about 300-400 specimens exist.
The plant reaches a height of between 2 and 30 meters; it has the grey bark, dark brown branches and the coin-shaped fruits of a yellow-golden colour. The sweet tea tree blooms between April and May and bears fruit from July to September. Each stem produces around ten fruits. Its leaves can be used in infusions. During the Ming dynasty, King Li Tianbao of Shangbao, gave the tea of Qing Qian Liu the recognition of being an integral part of the national heritage. The green tea brewed with this tree has beneficial effects in counteracting hypertension, hyperglycemia and promotes the release of hormones responsible for balancing blood glucose.
Cyclocarya Tea can be used as an adjuvant cure for patients with high blood pressure. Cyclocarya paliurus has the following health benefits:
Blood sugar regulation
The components of steroids, lactones and trace elements such as selenium, zinc, chromium, nickel, lithium, vanadium, magnesium and other elements in Cyclocarya paliurus can effectively inhibit the increase of blood sugar. Scientific studies have shown that Cyclocarya paliurus has a significant hypoglycemic effect, its mechanism is to restore the structure and function of pancreatic islet cells or increase peripheral tissue insulin receptors.
Lower blood pressure
Cyclocarya paliurus contains coumarin and flavone, with the good effect of lowering blood pressure, antibacterial, diuretic and protection of vascular permeability, anti-inflammatory, anticoagulant, dilate coronary arteries and improve blood circulation, protect liver and gallbladder, lower cholesterol.
Hyperlipidemia
Research showed that triterpenoids have good hypolipidemic effect, and trace element selenium could effectively improve lipid metabolism. Cyclocarya paliurus contains polysaccharides components which can significantly reduced the levels of TC and LDL in hyperlipidemic animals studies (P <0.01).
Immunity
Cyclocarya paliurus can promote the function of monocyte-macrophage cells, enhance cellular immunity. For frail, neurasthenia, menopausal syndrome, the effect of patients, mainly in the improvement of immune function and clinical symptoms. Such as increased diet, weight gain, mental improvement, decreased frequency of nocturnal enuresis, sleep better, better stomach and lower incidence of influenza and so on.
Anti-aging
The trace elements selenium contained in Cyclocarya paliurus is an important component of glutathione peroxidase in red blood cells. It’s benefits for resisting oxidation, protecting cell membrane and cardiovascular. The combination of selenium and vitamin E is an important free radical scavenger. Studies have shown that organic germanium also has anti-lipid oxidation, flavonoid substances can regulate the body’s physiological function.
Weight-loss
Cyclocarya is an ideal beauty slimming tea. It contains lipase which can promote the decomposition of fat and improve the activity of proteolytic enzymes to promote the digestion and decomposition of high-fat foods, thus to achieve the purpose of fundamental lipid-lowering diet.
Brewing Guide:  Fill the teapot 5 grams (1 teaspoon) tea leaves for every 225ml of water. Infuse in hot water at 90°c (194°F) to 95°c (203°F) for 2 to 3 minutes for the first and second brewing. Gradually increase steeping time and temperature for subsequent brewing.