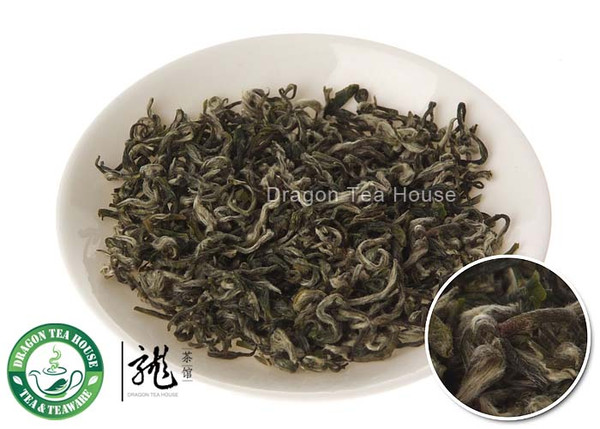 Du Yun Mao Jian has a hook shape with lots of whte hair. It is known for its 'three gree and three yellow' characteristics. The dry leaves, liquor and residues has a green-yellow color. When brewd, the leaves will sink to the bottom of teacup while white hair drifting in water. In a word, Du Yun is similar with Bi Luo Chun in appearance and its taste reminds you Xin Yang Mao Jian. It is made by one bud and one leaf system about 20 mm in length. Normally, it costs at least 40,000 tea buds to produce 500 grams high grade Du Yun tea.

It has full, round flavor, unique nutty taste, pleasant jade-green color. The taste, and aftertaste is light, sweet and pleasant with a hint of fruity fragrance.

Du Yun Mao Jian has a histry of 500 years, it is one of the most famouse Chinese green teas. It was named as tributery in Ming dynasty (1368–1644). It also got awards on 1915 Panama-Pacific International Exposition.