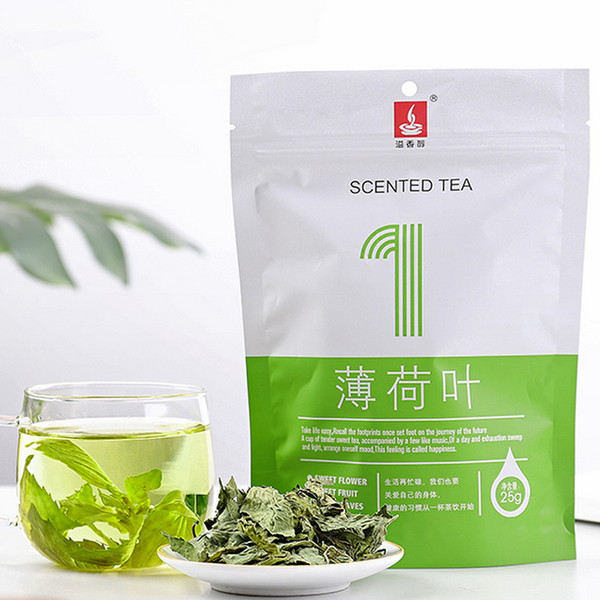 Spearmint (Mentha spicata, syn M. viridis) is grown for its aromatic and carminative oil. It grows well in nearly all temperate climates. Spearmint leaves can be used whole, chopped, or dried. Spearmint is used as a flavouring for toothpaste and confectionery, and is sometimes added to shampoos and soaps. In herbalism, spearmint is steeped as tea for treatment of stomach ache.

Recent research has shown that Spearmint tea may be used as a treatment for mild hirsutism in women.

Spearmint tea has such a wonderful and pleasant aroma that is is simply unmistakeable. Once known only as a cousin to Peppermint, Spearmint tea now stands alone for its superior taste and smell. While Peppermint is similar in many respects, Spearmint tea is more mild and less stimulating.

It is caffeine free, 100% natural, blend it with a green tea, white tea, black tea or other flower tea and it'll still be fabulous. It leaves a very refreshing taste. Just try some and see if other spearmint leaf could compare to Dragon Tea House's in taste, color and shape!

Brewing Guide: Place tea, spearmint and sugar in teapot. Cover with fresh boiling water and allow tea to brew for 5 minutes. You may make a pitcher of it and keep it in refridgerator, try a cup of minty and refreshing tea after heat.