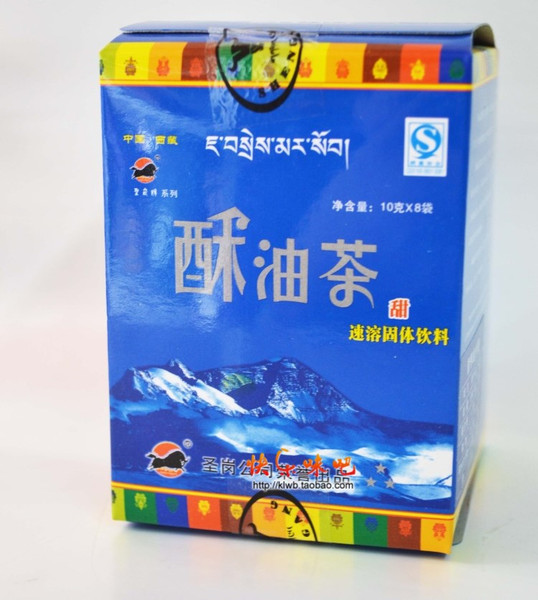 Butter tea, also known as po cha, Tibetan tea, su you cha, is a drink of the Tibetans and Chinese minorities in southwestern China. It is also consumed in Bhutan. It is made from tea leaves, yak butter, and salt.

Drinking butter tea is a regular part of Tibetan life. Before work, a Tibetan will typically down several bowlfuls of this tangy beverage, and it is always served to guests. Nomads are said to often drink up to 40 cups of it a day. Since butter is the main ingredient, butter tea is a very warming drink, providing lots of caloric energy and is particularly suited to high altitudes. The butter also helps prevent chapped lips.

According to the Tibetan custom, butter tea is drunk in separate sips, and after each sip the host refills the bowl to the brim. Thus, the guest never drains his bowl; rather, it is constantly topped up. If the visitor does not wish to drink, the best thing to do is leave the tea untouched until the time comes to leave and then drain the bowl. In this way etiquette is observed and the host will not be offended.

Butter tea is also used for eating tsampa by pouring onto it, or dipping the tsampa into it, and mixing well.

The concentrate, produced by repeatedly boiling tea leaves, will keep for several days, and is commonly used in towns. The tea is then combined with salt and butter in a special tea churn, and churned vigorously before serving hot.