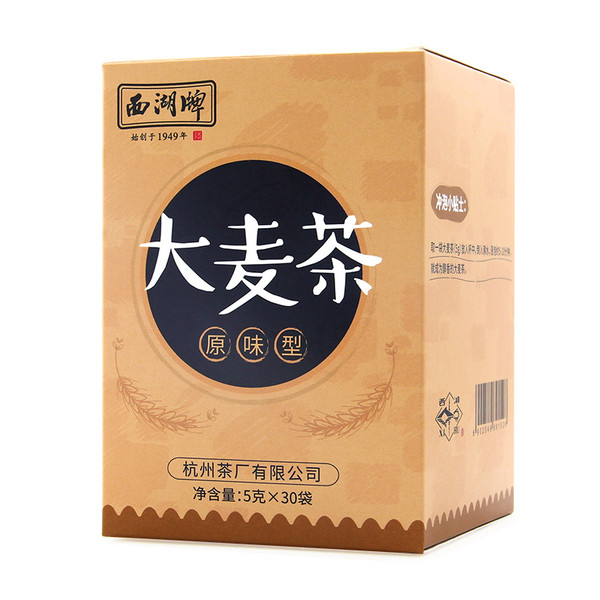 Roasted barley tea is a tisane made from roasted barley, which is popular in Japanese and Korean cuisine. It is also used as a caffeine-free coffee substitute. Green tea, chai tea and black tea are fine, but there is nothing like a nice tall glass of refreshing barley tea. It has a mild, slightly nutty flavor that doesn't require any sugar or lemon, and it has no caffeine. It has a toasty taste, with slight bitter undertones, but much less so than tea made from tea leaves. It is often served over ice, and goes well with any type of food.

Barley tea, or mugicha, has been in Japan longer than lemonade has been in the United States. It is a great way to cool off and relax on a hot summer day. It is a natural antacid.

Barley tea is good for temporary relief of common cold symptoms. It is made from roasted barley, a grain that is good for cleansing the body, increasing the fluidity of blood and lowering cholesterol levels. It is also better for teeth, since it won't cause cavities, and better for weight control, since it has no calories. It provides the same soothing and comforting feeling on cold winter days as a lot of other types of tea.

Simmering makes the most robust tasting and dark mugicha. To make mugicha this way, bring water up to a boil, throw in the loose grains, lower the heat and let simmer for a couple of minutes. Turn the heat off and let cool in the pan to room temperature, then strain and chill in the fridge. Allow one tea bag or 2-3 tablespoons of loose grains per liter (about a quart) of water.

Cold brewing is so convenient though that I tend to make mugicha this way most of the time. It’s lighter in color and taste, but refreshing to drink nonetheless. Just put a mugicha tea bag in a jug of cold water and put it in the fridge; when it’s nicely chilled, the tea is ready. It can be sweetened or unsweetened, to your taste.