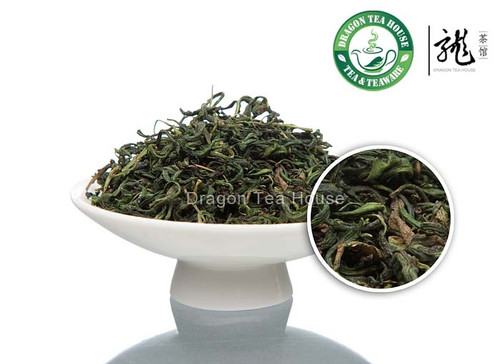 Also known as wolfberries, renowned in Asia as a highly nutritious food, Goji have been used in traditional Chinese medicine for about 1,900 years (Gross et al., 2006). Their undocumented legend, however, is considerably older, as wolfberries are often linked in Chinese lore to Shen Nung , China's legendary First Emperor, mythical father of agriculture, and herbalist who lived circa 2,800 BC.

Wolfberry leaves form on the shoot either in an alternating arrangement or in bundles of up to three, each having a shape that is either lanceolate (shaped like a spearhead longer than it is wide) or ovate (egg-like). Leaf dimensions are 7 cm long by 3.5 cm wide with blunted or round tips.

The tea contains many nutrients and phytochemicalsincluding

Wolfberries have long played important roles in traditional Chinese medicine where they are believed to enhance immune system function, improve eyesight, protect the liver, boost sperm production and improve circulation, among other effects.

The Goji leaf tea is sweet in taste and neutral in nature. They act on the liver, lungs, and kidneys and enrich yin. They can be brewed into an herbal tea or be used to make tea Lycium root bark for TCM treatment of inflammatory and some types of skin diseases. A glucopyranoside and phenolic amides isolated from wolfberry root bark have inhibitory activity in vitro against human pathogenic bacteria and fungi.

Goji Leaves also contain zeaxanthin, an important dietary carotenoid selectively absorbed into the retinal macula lutea where it is thought to provide antioxidant and protective light-filtering roles. A human supplementation trial showed that daily intake of it increased plasma levels of zeaxanthin.

Several published studies, mostly from China, have also reported possible medicinal benefits of goji tea, especially due to its antioxidant properties, including potential benefits against cardiovascular and inflammatory diseases, vision-related diseases (such as age-related macular degeneration and glaucoma), having neuroprotective properties or as an anticancer and immunomodulatory agent.