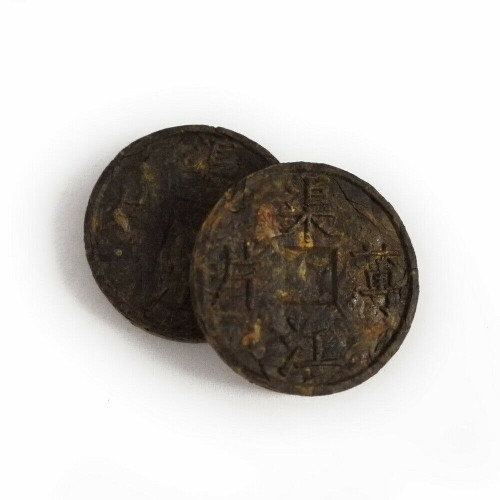 Type: Hei Cha
Packaging: Bag
Origin: China
Description: Dark tea is one of the Chinese six tea categories and it is the China’s special tea class. Dark tea is a broad class of the floorboard of tea which is chosen certain maturity fresh leaf as raw material and made with deactivation of enzymes, pine fermentation, steam and press etc. procedures. It is the daily necessities of minority people who live in the northwest of China, and had been known in those areas as the “drink for life” since it provides the tea polyohenols, vitamins and those necessary components for life. There is even a saying that, you can live without food for three days, but not a day without tea. Since it is often processed into brick form, so it also called as “compressed tea” or “brick tea”.
Anhua dark tea is developed with big leaf kind of group varieties from the tea areas in Xuefeng Mountains, Hunan Province. Processed by the four crafts of deactivation of enzymes, rolling, pile fermentation and pine wood fire drying, it is characterized by brownish-black oil color, mellow or slightly astringent taste, red bright and clear tea water as well as the quality characteristic with unique pine smoky flavor.
Qujiang flakes, originated from Qin, Xing Yu Tang, Sheng in Song, Ming and Qing dynasty tribute tea, has been known for thousands of years. The history of five hundred years of tribute tea is the oldest tea in China's tribute tea and is regarded as the oldest and most exclusive tea in black tea. Qujiang flakes are produced in the Xinfeng area of Hunan in the Xuefeng Mountain Range. The mountains are undulating, the peaks are strange, the trees are green, and the clouds are foggy. The altitude is between 600-1800 meters. Qujiang flakes flourished in the Tang Dynasty and the Song Dynasty. In the records of historical materials, during the period from the Tang Dynasty to the Five Dynasties, the “Qujiang Thin Slice Tea” was one of the top ten teas.
About 6 grams each piece.
Brewing Guide: Before brewing, hot rinse this tea by pouring boiling water over the leaves and discarding the water. Use one piece of tea per 8-12 oz of water. Steep for 2 minutes with boiling water.
×