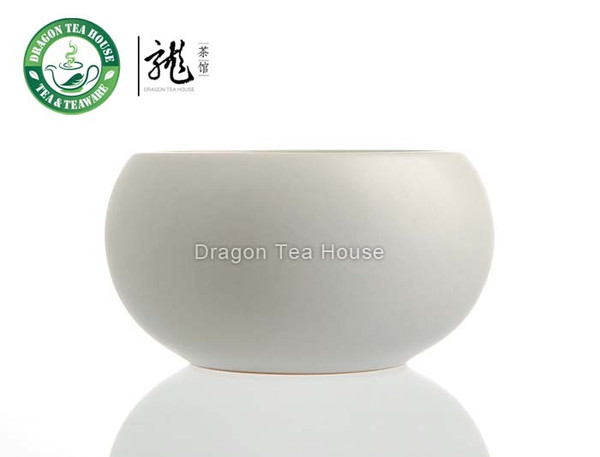 The Ru kiln located in Linru County of Central China's Henan Province represented another major celadon school that rose in northern China in the Song Dynasty (960-1279). Ru Kiln refers to a official kiln in Linru County catering to the Northern Song rulers; the kiln's products were known as Ru ware porcelain.

The Northern Song rulers, considering the white porcelain vessels of Dingzhou unsuitable for use because of their rough mouth-rims, sent personnel to establish kilns in Ruzhou to manufacture celadon. In the eyes of the people of the Song Dynasty, the celadon of Ru ware ranked first in quality among all northern celadon ware.

The Ru kilns supported the vessels with studs (thin pieces of material used for supporting objects) during firing so that their mouth-rims and even their foot-rims were entirely covered with a layer of smooth vitreous (glasslike) glaze. Ru ware porcelain had a thick lustrous green glaze with a sapphire-like blue tinge. The vessels had fine crackles (decoration patterns of very small surface cracks) over the entire surface, very unique.

Ru Kiln had been listed on the top five famouse Chinese kilns (Ru, Jun, Guan, Ge, Ding) in Song dynasty which had been praised as 'the ringleader of celadon'. Ru kiln is in the first position among all porcelain with exquisite base, stiff structure and glossy glaze color. Starting from Song, Yuan, Ming and Qing dynasty, Ru kiln has been used in royal court and kept as treasure. The firing techniques of Ru kiln are very complicated. The base is made with more than 10 kinds of mines after being shattered. It is being filtered by tambours of 80 meshes and 120 meshes, sucked all the irons by magneticte and tagged into slop, the slop is then being put into mold. After being dried throughly, the base has to be polished three times to make it smooth. After that, the product is to be fired at the temperature of 800°C for 10 hours and polished for two times again. The worker will put glaze on the base and fire it for another 13 hours. There are 18 steps to make a finished product. The key procedure of firing is the oxidation reduction under 1260°C which get rid of oxygen atom from silicate. The rate of finished product is just 17%, as for the excellent products, there are even fewer.

Ru kiln ware is soft and smooth. When using it, you canuse a tea pot brush to moisten the surface by tea liquor. You may ten appreciate the changing of veins. The Ru kiln ware shall not be kept without being used for long time. You can only fell its soul while using.

Price is for one cup only.