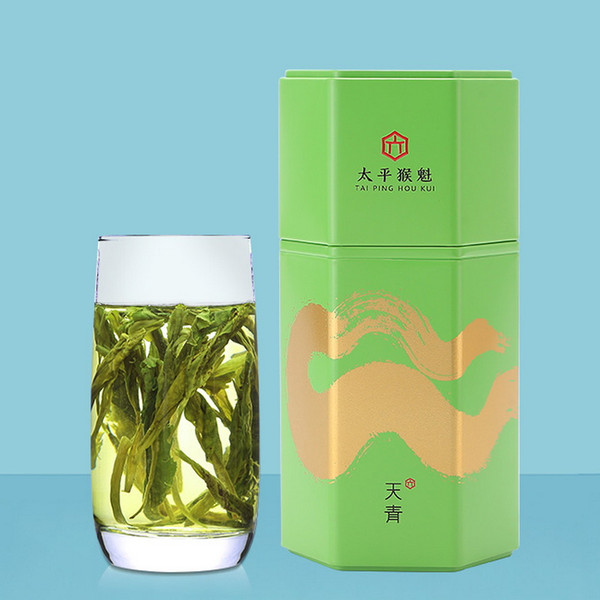 Tai Ping Monkey King is firstly created in Anhui's Hou keng, while it is named after its main producing area--Tai Ping county, which known as Huang shan district in Huang shan City at present. The name 'Hou Kui Tea' is a combination of both its maker and producing area. The word 'Hou' refers to Hou Keng Village where the highest grade of this tea is made and the word 'Kui' refers to a tea-grower Wang Kui-cheng who made this tea by improving the processing of a local green tea 'Jian Cha' around 1900. Tai Ping monkey king become world-famous since it won gold medal in the 1915's Panama Pacific Exposition.

The appearance of Tai Ping Monkey king is flat and straight. The bud is enfolded by two leaves which in green bloomed color. The greenish leaf vein, with hidden red color, is so called "red string" by farmers. When infused, the tea leaf unfurl like colorful floating flowers. The fresh and mellow taste comes with high pure aroma which known as "monkey rhyme". Tai Ping Monkey King is known as the best of Anhui province's green teas. Tai Ping Monkey King is grown in ideal conditions on the northern slopes of the Huang Shan Mountains range, surrounded by lakes.

It smells like orchid, natural and refreshing. It's clean and elegant flavor sets it apart from the regular, or even top quality, green teas. It has it's unmistaken-able style.