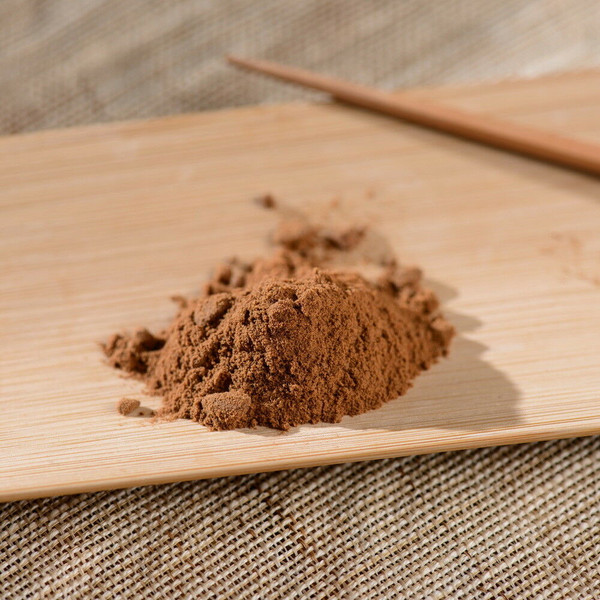 Type: Fungus
Packaging: Bag
Origin: China
Description: “Maitake” means dancing mushroom in Japanese. The mushroom is said to have gotten its name after people danced with happiness upon finding it in the wild, such are its incredible healing properties. This mushroom is a type of adaptogen. Adaptogens assist the body in fighting against any type of mental or physical difficulty. They also work to regulate systems of the body that have become unbalanced.
The mushroom grows wild in parts of Japan, China, and North America. It grows at the bottom of Oak, Elm, and Maple trees. It can be cultivated and even grown at home, though it typically won’t grow as well as it does in the wild. You can usually find the mushroom during the autumn months.
Although maitake mushroom has been used in Japan and China for thousands of years, it has only gained popularity in the United States over the last twenty years. People are praising this mushroom for its promises of health, vitality, and longevity.
In traditional medicine, such as from Asia, where it was classically used as a tonic for strengthening the body against weakness and disease. As they put it, it restored balance to bodily systems that were out of balance to begin with, or that got that way due to disease or lack of self-care.
Today, these benefits translate into many research-supported and powerful holistic benefits. If this mushroom is consumed every day, over time, there could be some very desirable positive changes that health and the body could experience.
INCREDIBLY NUTRIENT-RICH
Maitake also has a positive effect on overall immunity. Maitake mushrooms are rich in:
antioxidants
beta-glucans
vitamins B and C
copper
potassium
fiber
minerals
amino acids
The mushrooms are also:
fat-free
low-sodium
low-calorie
cholesterol-free
Nutrition data shows that maitakes could be considered a very nutritious food. They’re rich in proteins and B vitamins, and contain good levels of phosphorus, potassium, dietary copper, and trace extras of additional other vitamins and minerals too.
Varied nutrition is essential for overall health—and maitake provides quite a bit, being comparable to the basic benefits of healthy fruits and vegetables.
By this logic, taking maitake every day could generally be considered a little health boost for the entire body, since every organ and system needs the widest variety of nutrients to function well and contribute to wellness and vitality.
HELP BOOST IMMUNITY
More than any other trait this beautiful mushroom is known for, maitake is perhaps most praised and used for improving the immune system. Studies show that the fruiting bodies of the fungus—the edible parts, of course—are rich in antioxidants. These come from phenols, glucans, polysaccharides, and even more compounds produced in the mushroom body.
By scavenging free radicals and reducing chronic inflammation, maitake’s compounds in effect support the immune system and help it act better. This makes it possibly very useful for a wide range of health conditions, ranging from better protection against colds and flus all the way to autoimmune support. When taken every day, maitake could make a great supplement to keep immunity in tip-top shape—or even to help support immune-related conditions.
HELP LOWER BLOOD PRESSURE
Maitake is one of many botanicals that work as holistic hypotensives to lower blood pressure. This has been referenced in more than a few studies and modern reviews over the decades, and which can also be attributed to its antioxidant actions. What this means is that, in effect, taking maitake every day can help reduce one’s risk of either heart disease and/or a stroke.
REDUCE RISK DIABETES
There is a wealth of studies showing that it can alter blood sugars in a positive way, and over time even protect against or support treatment for type 2 diabetes.
The mushroom’s polysaccharides were hypoglycemic, meaning they lowered blood sugars. They also stopped insulin resistance from occurring, the precursor condition that can eventually pave the way to diabetes.
HELP WITH CHRONIC INFLAMMATION ISSUES
As part of its antioxidant characteristics, maitake mushrooms may help people who deal with chronic inflammation issues on a regular basis.
This is because, by fighting free radicals, antioxidants can also help relieve chronic inflammation also, which tends to be caused by the damage done to tissues by those free radicals.
As such, getting extra antioxidants from maitake every day could give some long-term, holistic relief for chronic inflammation issues. Over a long period of time and in a holistic, gentle way, this could even bring pain relief into peoples’ lives, as well as help them manage conditions.
Dragon Tea House Maitake mushroom is processed by hot water extraction into a fine powder suitable for encapsulation or beverages.
* Extract Ratio - 50:1 (50 lb. raw herb = 1 lb. extract)
* Full Spectrum Standardized Extract, Pressure reiteration in closed system
* Water Only Extracted
* Completely water soluble
* Very High Quality source
* Tested for heavy metal and pesticide residues
* Great flavor, color and solubility
* High Quality Packaging used to preserve freshness and potency
* No binders, fillers or carriers of any kind
* 100% Pure Herb Extract
* Vegetarian
How to use: 2 grams (approximately 1 tsp.) two times per day. Mix with warm water and drink as a tea. Add to smoothies or shakes if desired. Best taken in the morning and afternoon.