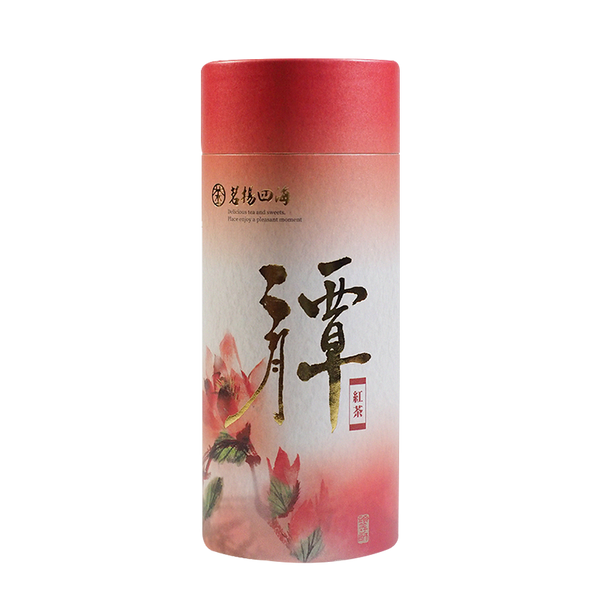 Type: Black
Origin: China
Description: Ri yue tan black tea is an Assam varietal black tea grown around Sun Moon Lake in Yuchih Township, Nantou County, Taiwan. In late 1925, Assam varietal plants were brought to Taiwan from Japan during their occupation of Taiwan to attempt to start black tea production in Yuchih Township.
Sun Moon Lake is located in Nantou County, Taipei City. It is surrounded by Mount Shuishe and Mount Dajian. The lake covers an area of 7.7 square kilometers and has an average water depth of 40 meters. The lake is divided into northern and southern sections by an island called Guanghua. The lake gets its name because the northern section resembles a rhombus-shaped sun while the southern section looks like a crescent-shaped moon.
According to legend, a white deer contributed to the discovery of the lake. Three hundred years ago, a group of peasants were hunting when they discovered a large white deer running to the northwest. They followed this amazing creature for three days and nights, but it finally disappeared in the forest. On the fourth day, after they had moved through the forest, they came upon an impressive vista. They saw rolling verdant mountains and a shimmering lake shining brightly under the sun. A small round island covered with trees divided the lake into two parts. One part was like the sun and the other part was like the moon, so they called it Sun Moon Lake.
Attracted by the fertile soil and beautiful scenery there, the peasants decided to settle down and began a new life.
Originally called Shui Shalian and Long Lake, the Sun Moon is the largest natural lake in Taiwan. The climate in this area is quite temperate with the highest summer temperature being less than 22C (71.6F) and the lowest winter temperature bottoming out at 15C (59F). With such a pleasant climate, it is a top choice as a summer resort. Besides the cool weather, visitors are drawn by the magnificent scenery. The beauty of the lake lies in its tranquil crystal water that clearly reflects the surrounding mountains. Rain or shine, winter or summer, the lake offers visitors a plethora of picturesque sights. If the scenery of the lake were a wall calendar amazing and breathtaking pictures would be found by turning over each page. The lake is extremely attractive at night. When the water is bathed in moonlight tinged with a layer of thin fog, it gives the appearance of a place existing only in legend.
During the Japanese occupation period, Taiwan started cultivating Black Tea. They later discovered that the conditions around Sun Moon Lake were very suitable for growing Black Tea. The twisted leaves have a wiry appearance, fully oxidized. The tea is silky smooth without a trace of astringency. The taste is full and somewhat malty, reminiscent of a very smooth Assam tea, but sweeter. Ri Yue Tan black tea has very large, thin, and twisted leaves and a soft, delicate flavor with a suggestion of sweet osmanthus, cinnamon and peppermint.
Although it is not easy to source high quality Sun Moon Lake balck tea, Dragon Tea House manage to get premium grade with golden tips, it is a high quality grade from Taiwan directly which was also used by the Japanese as an offering to the Japanese emperor. It used to hold a great deal of prestige and appeal on the international market as well.
Brewing Guide: The preferred method of brewing is an Yixing teapot or a gaiwan. After boiling the water to 212°F ( 100° C) rinse the gaiwan or teapot once. By rinsing we ensure the teaware is free of any unwanted matter as well as create optimal heat conditions for brewing. We suggest 5-7 grams of tea per 150 ml of water. However, these parameters have more to do with personal tastes than any sort of scientific groundings. The lengths of the infusions are also dependent upon personal preference for either a weaker or stronger infusion. As such we suggest starting with shorter infusion times of up to one minute for the first and second brews while gradually increasing infusion times by one minute for each consecutive brew.