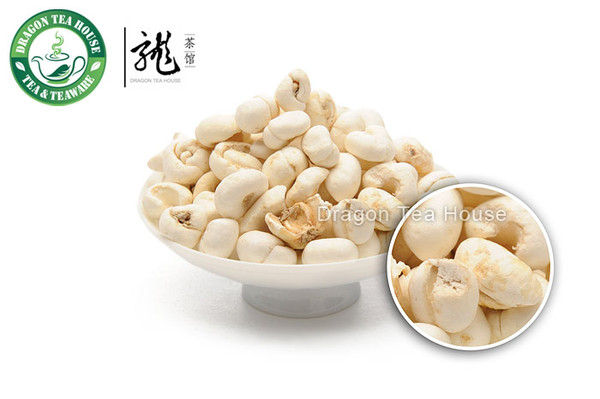 Bulbus fritillariae cirrhosae (Chuan Bei Mu) is the bulb of Fritillaria genus from the Liliaceae (or Lilly) family, called Fritillaria cirrhosae. It's used in Chinese herbology, for example in the Baihe Gujin Wan, to "nourish yin of the lung, resolve phlegm and relieve cough". The herb is collected in summer and autumn, or when the snow melts, removed from fibrous root, coarse bark and soil, and dried in the sun or at a lower temperature.

Clears heat, transforms phlegm, stops many types of cough (chronic, yin-deficient, difficult to expectorate phlegm, blood streaked sputum); best for cough with stifling sensation in the chest and upper abdomen (constrained qi). This herb is bitter in flavor and lightly cold in nature. It can clear lung, purge heat and resolve phlegm. Furthermore it can moisten and resolve dry-phlegm in the terms of its sweet flavor and moist nature. It can also stop cough. So it is indicated for the syndrome of heat-phlegm and dry-phlegm especially for long-term cough due to internal injury and dryness of lung due to yin deficiency manifested by scanty phlegm and dry throat or bloody phlegm.

Clears heat, dissipates nodules due to heat - sores, swellings, scrofula, lung or breast abscess. This herb is capable of clearing and resolving stagnant heat and resolving phlegm and dissipating nodulation. For scrofula resulted from phlegm-fire stagnation and accumulation, it is usually combined with toxicity-relieving and abscess-curing herbs as well as hardness-softening and nodulation-dissipating herbs. For swollen abscess and acute mastitis due to exuberant heat-toxin accumulation, it is combined with heat-clearing and toxicity-relieving herbs and abscess-removing and nodulation-dissipating herbs such as Jin Yin Hua.