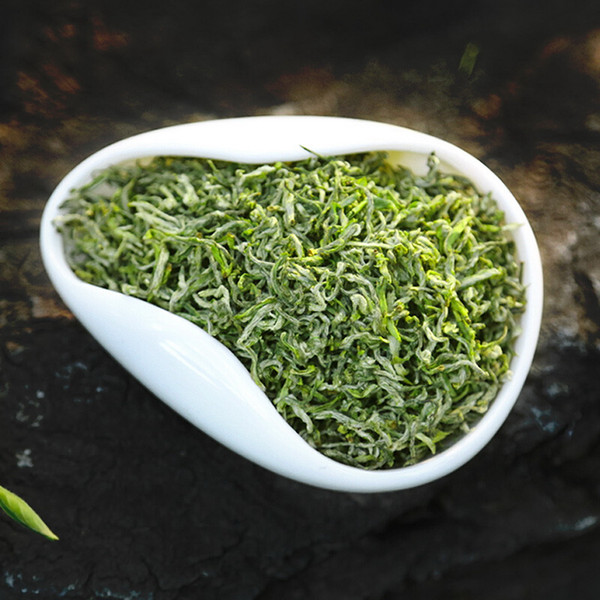 This tea originates from Mount Putuo, considered one of China's four famous Buddhist retreats. Mount Putuo has been a pilgrimage site for over a thousand years. After the Tang dynasty, Mount Putuo became a center of Guanyin worship. Putuo is covered with many temples and monasteries, both large and small. All are under the directive of the Buddhist Association of China. Many monks and nuns from all over the country, and abroad, go to great lengths to live and practice there. Today, there are more than 30 major temples located at Mount Putuo, including the Puji, Fayu, and Huiji Temples. In addition to these monasteries, there is the Institute of Buddhism, one of the largest Buddhist academic institutes in China.

The area enjoys a temperate marine climate with plenty of rainfall, lush woods and fertile soil. The Buddha Tea-producing area in Mt. Putuo includes the mountain itself and the neighboring places such as ZhuJiaJian and TaoHua Island. The area is subject to the temperate marine climate and enjoys plenty of rainfall and humid air. It has lush woods and fertile soil. The Pu Tuo tea mountain is behind Mt. Foding (Buddha Summit), the summit of Mt.Putuo. It extends for miles from north to west. The tea trees are distributed on the southern slopes and lee side of the flat grounds in the mountain. Such natural conditions give rise to the unique-quality Buddha Tea.

As many Buddhist monasteries were located in high mountain regions where tea plants flourished, the monks began cultivating tea and became some of the earliest producers of quality green teas. A tradition of almost two and a half millennia ensures that this tea, cultivated in gardens between Buddhist monasteries on an island in the East China Sea and exclusively hand processed, is abundantly endowed with superior quality. During the Tang Dynasty, tea drinking became increasingly popular among Chinese Buddhist monks. They recognized the green leaf as a means of clearing the mind, gaining mental discipline and providing stimulation to allow for longer sessions of meditation.

Of Mt. Putuo have always believed that tea and Zen have the same taste. Since the Tang Dynasty (618-907), the monks of the PuJi Temple and the other temples in the mountain have been planting and making tea, which is known as the Buddha Tea from Mt. Putuo. In the Qing Dynasty (1644-1911), it was chosen as a tribute tea.

The Buddha Tea from Mt.Putuo is a semi-baked and semi-stir-fixation green tea. It is picked once a year in spring after the pure-brightness. Its fresh leaves are the first bud and the first two leaves. The Buddha Tea has tightly curled leaves with a green, moist, and tippy appearance. The tea soup is bright yellowish-green with a pleasantly sweet aroma. It tastes fresh and pure. The brewed tea leaves are soft and bright and cluster into lumps. It is mellow and smooth with little astringency and offers fresh, vegetal flavors with a hint of asparagus. This tea is carefully basket-roasted, delivering a lightly sweet aftertaste.

Brewing Guide: Use between one and two teaspoons of leaves per cup of 75-85 degree water (167-185 fahrenheit) for up to one minute. Increase the steeping time for each subsequent brewing.