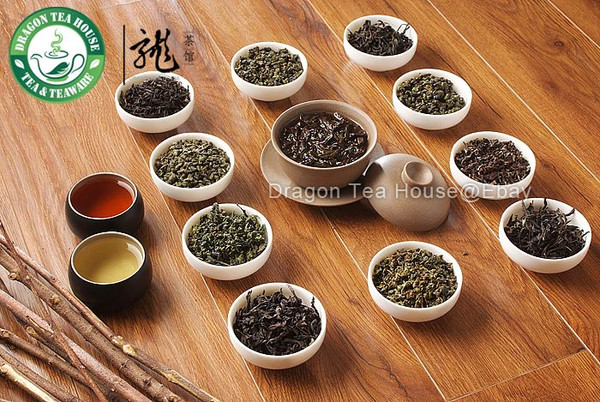 Oolong is a traditional Chinese tea (Camellia sinensis) produced through a unique process including withering under the strong sun and oxidation before curling and twisting. Most oolong productions, especially fine quality ones, involved unique tea plant cultivars that are exclusively used for particular varieties. In terms of the degree of fermentation, it can range from 8% to 85%, depending on the variety and production style. The popularity of this tea category is closely tied to tea connoisseurs of south China and Chinese expatriates in Southeast Asia, and the tea preparation process that originated from this area: gongfu tea-making, or the gongfu tea infusion approach. In Chinese tea culture, semi-oxidized oolong teas are collectively grouped as Qing Cha. Different varieties of oolong are processed differently, but the leaves are formed into two distinct styles. Some are rolled into long curly leaves, while the others are 'wrap-curled' into small beads each with a tail. The former style is the more traditional of the two.

Dragon TeaHouse's premium Chinese estate Oolong tea is bountifully filled with fabulous 10 flavors, they are 10 famous Chinese Oolong teas: Jin Xuan, Da Hong Pao, Mao Xie, Bai Hao Oolong, Osmanthus Dancong, Dong Ding, Honey Orchid Dancong, Lan Gui Ren, Rou Gui and Tie Guan Yin, 10 grams each. The taste of oolong ranges hugely amongst various sub-varieties. It can be sweet and fruity with honey aromas, or woody and thick with roasted aromas, or green and fresh with bouquet aromas, all depending on the horticulture and style of production. Several subvarieties of oolong, including those produced in the Wuyi Mountains of northern Fujian and in the central mountains of Taiwan, are among the most famous Chinese teas. 10 assorted flavored Oolong tea bags are individually wrapped in foil for freshness. You'll love having your choice of premium whole leaf Chinese Oolong tea in this fine tea collection!

Brewing Guide: Generally, 2.25 grams of tea per 170ml of water, or about two teaspoons of oolong tea per cup, should be used. Oolong teas should be prepared with 180 to 190 °F (82 to 88 °C) water (not boiling) and steeped 3–4 minutes. High-quality oolong can be brewed several times from the same leaves and, unlike other teas, it improves with reuse. It is common to brew the same leaves three to five times, the third or fourth steeping usually being the best.

A widely-used ceremonial method of brewing oolongs in Taiwan and China is called gongfu cha. This method uses a small brewing vessel, such as a gaiwan or Yixing clay teapot, with more tea than usual for the amount of water used. Multiple short steeps of 20 seconds to 1 minute are performed; the tea is often served in one- to two-ounce tasting cups.