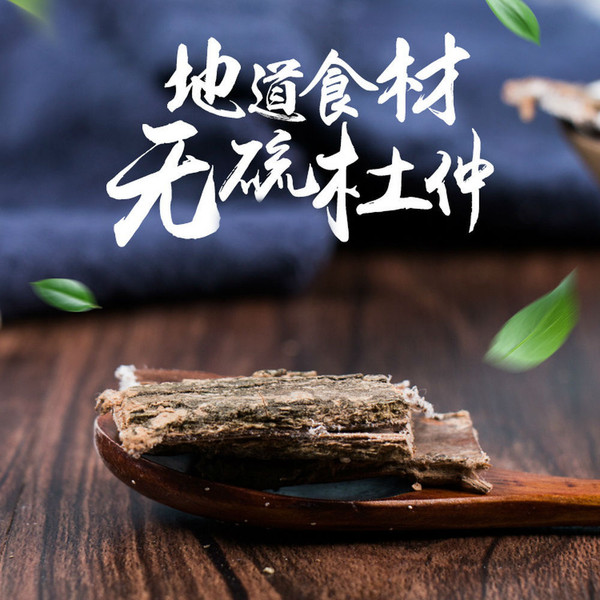 Type: Herbal Tea
Origin: China
Packaging: Bag
Description: As one of typical Chinese healing herbs, Eucommia bark, also called Du Zhong in its Chinese name, has long been used in TCM clinical practice. All parts, especially the root and leaf, of Eucommia herb are valuable. Thanks to its enormous health benefits available, today its ready-made products, such as Eucommia bark tea, capsules, extract, and powder, are widely used for nourishing liver and kidney, strengthening muscles and bones, lowering high blood pressure, miscarriage prevention, and so on.
What is Eucommia bark?
Actually it means the dried bark of Eucommia ulmoides Oliv., a plant in the family Eucommiaceae. Its common names include rubber tree bark and cortex eucommiae. For the best medicinal value, Eucommia stem bark is usually harvested from April to June. After the peeling, it needs to scrape off the tertia, stack them together, sweat them till their endothelium become purple-brown, and then dry them in the sun.
Eucommia is a rare tree species surviving from ancient age. So far, as many as 14 species in the entire genus Eucommia has been found all over the world.
Unfortunately they have become extinct one after another on the mainland and Europe. That’s to say, currently the species in China is the only relict plant survived. As a result, Eucommia ulmoides has not only a high economic value, but also a very important scientific value for the research on the system evolution of angiosperms, the flora origin in China, and so on.
Main chemical constituents include gutta-percha, encommiol, encommio-side, pinoresinol diglucoside, aucubin, tannins, flavonoids, and more.
Eucommia bark benefits:
This herb has varying degrees of regulation on the immune system, endocrine system, central nervous system, circulatory system and urinary systems. What’s more, it can excite the hypothalamus-pituitary-adrenal cortex system and strengthen the adrenal function. Modern research also found that it works, in the same way with Dang Shen (Codonopsis) and Huang Qi (Astragalus), to support immune function. All these evidences confirm its old assess by the ancient Chinese wisdom – long term usage of Eucommia can help weight loss and rejuvenation.
In TCM it is considered as sweet and slightly acrid in taste and warm in properties. And it covers two meridians like liver and kidney. Its basic functions are nourishing liver and kidney, strengthening the bones and muscles, and miscarriage prevention. Main Eucommia bark uses include lumbago due to kidney-asthenia, urinary frequency, urinary endless, bleeding during pregnancy, pain in rheumatoid arthritis, fetal irritability, recurrent abortion, high blood pressure, and other fertility problems.
How to use: Recommended Eucommia bark dosage is from 6 to 9 grams in decoction.