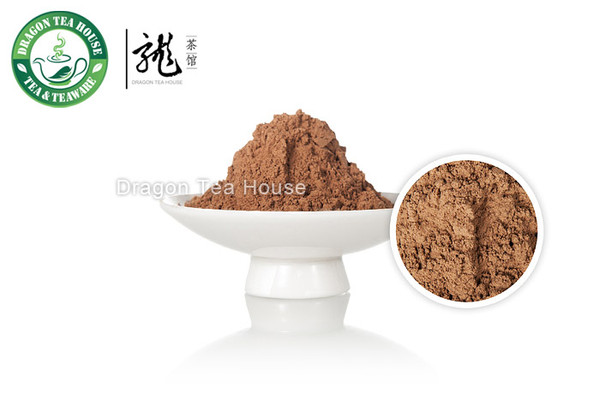 Out of about 10,000 Chinese medicinal plants only about 60 belong to the class of Superior Tonic Herbs. Out of these 60 herbs He Shou Wu is the most amazing longevity tonic of all. It is widely used in Chinese herbal medicine as a tonic to prevent premature aging by tonifying the Kidney and Liver functions. It also is known to bring up Jing (vital essence), nourishing the blood, and fortifying the muscles, tendons and bones. It strengthens and stabilizes the lower back and knees. He Shou Wu is also used to enhance sexual drive and fertility in men and women. It can increase sperm count in men and help build more semen even in old age. It helps build ova in women as well. It is also widely used in Asia to maintain the youthful condition and color of the hair. This is, for some reason, its most popular attribute but it does so much more than this! There are countless legends of people that have lived well past the century mark taking this herb.

He Shou Wu (Called "Foti" by some) is the "Prepared" root of Polygonum multiform - a large vining plant. It is prepared by slicing the root shortly after harvesting. He Shou Wu is a tonic to the endocrine glands; it improves health, stamina and resistance to disease. It is used to reduce cholesterol due in part to its lecithin content. It is used for angina pectoris, bloody stools, hypoglycemia, diabetes, night sweating and has been found to be helpful in schizophrenia.

Studies show that He Shou Wu extract improves the cardiovascular system, enhances immune functions, slows the degeneration of glands, increases antioxidant activity, and reduces the accumulation of lipid peroxidation. Such findings suggest that ho-shou-wu is helpful in combating some of the processes that lead to conditions characteristic of old age, thereby also reducing the risk of fatal diseases (e.g., cancer) and incidents (e.g., heart attack, stroke). He Shou Wu was shown to have effects on the antioxidant system superoxide dismutase (SOD), accumulation of lipid peroxidase, and enhancement of cell-mediated immune responses.

He Shou Wu's effect on protecting the liver:

In experiments on mice, prepared He Shou Wu reduces buildup of hepatic (liver) fat. He Shou Wu also lessens the enlargement of the liver caused by carbon tetrachloride poisoning.

At a fundamental level in the liver's cells, in vitro studies have demonstrated He Shou Wu`s ability to inhibit the lipid peroxidation of rat liver microsomes induced by ADP and NADPH.

These studies show that He Shou Wu's liver protection mechanism relies largely in its ability to inhibit lipid peroxidation (LPO) and its damage to the liver cells.

Whether you plan on living to 200 years or you just want to preserve your vital essence and Qi to have the energy of a young person for the rest of your life, He Shou Wu should be tried by anyone. At least for the first 100 years of your life!

During the Tang Dynasty, Lin Daoren wrote the book The Secret Recipes of the Immortals for Treating Wounds and Fractures (Xian Shou Li Shang Xu Duan Mi Fang, 846 A.D.). In that book, he described the processing of He Shou Wu to enhance its tonic properties (processed He Shou wu is sometimes called zhi heshouwu to distinguish it from the unprocessed form, which may be designated sheng shouwu). The processing method is to stew or steam the He Shou wu in black soybean (heidou) juice for several hours (up to three days, depending on the devotion of the processor to this method) and then dry the roots. This is a technique that is still used today. The black soy bean juice is prepared by boiling black soybeans in water for about 4 hours; the liquid that is left after the cooking is poured off and the beans are cooked again with less water for 3 hours; the resulting extract is combined with the former extract to make the juice. About 10 kg of black beans are used to process 100 kg of ho-shou-wu roots. Black beans are traditionally attributed with the property of supplementing blood and essence, and prolonged cooking or steaming of the herb is associated with enhancing its enriching and warming nature. The alchemical version of this processing, which is similar to the recommended method for making processed rehmannia, is to repeat the stewing or steaming 9 times. Thus, after preparing with the black soybean (overnight) and drying, it is again prepared with black soybean on the next day, and so on, until nine cycles have been completed. This repetition of processing was questioned by Chen Shiduo in his book New Compilation of Herbs (Qing Dynasty), in which he felt that the repeated processing would destroy the quality of the herb. Today, the single processing is relied upon.

This item has been prepared with black been. The black bean sauce processing comes from the long-time preparation method in the TCM. The best root is the one that has been stewed in the black bean sauce for 32 hours. The heat processing indeed destroys some compounds, but it also triggers chemical reactions that create new compounds not found in the raw version of the root. Some data suggests that it is the products of those chemical reactions that possess anti-oxidant, chemopreventative, anti-mutagenic etc activity.

Brewing Guide: Pour 1 cup of boiling water over ¼ to ½ teaspoonful of powder. Drink 1-2 cups of tea daily. If desired add honey and/or lemon to suit taste.