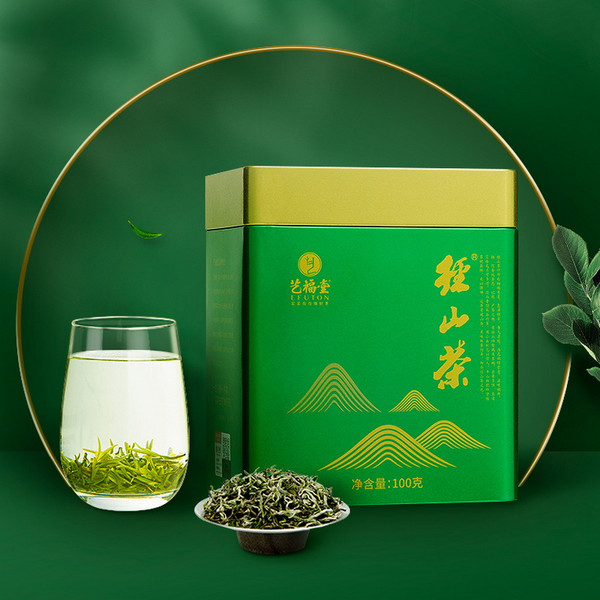 Jingshan mountain is now located on the north foot of Tianmu Mountain on the border of Yuhang and Lin'an counties, Zhejiang Province. Jingshan Temple, established by Monk Fa Qin, was once well known all over the world and rated the top of Jiang'nan Temples.

Jingshan tea, also known as Jing Shan Mao Feng, has a long and close relationship with Buddhism in China. When Southern Song dynasty (A.D. 1127 – 1279) built its capital in Hangzhou city near Jing Shan, Jingshan Temple was considered as top of ten most famous temples in China. Since then, drinking tea had developed a special relation with Buddism, and became monk's hobby. Fine teas had been produced on Jingshan Mountain for past dynasties. It was said that Monk Fa Qin planted several tea plants there and plucked them for offerings. It was fragrant in the valleys where his hands stretched plucking the tea leaves. The monks and priests of the later ages always used the fragrant tea from the Temple to serve their guests. In the course of time, a series of tea serving ceremonies were gradually formed, which was late called "tea banquet". Nanura and Seiichi, two Japanese monks, went successively to Jingshan Temple to study Buddhism in the Song Dynasty.Yeisai, another Japanese monk, came to China to study Buddhism twice during the Song Dynasty. He brought tea seeds and tea tasting methods to Japan while returning from study, and he then wrote the book "Kitcha Yojoki" (The Book of Tea Sanitation). From then on Jingshan is regard as holy place that Buddha spread his mercy to Song’s ancestors and also the birthplace of the Japanese tea.

The tea is tiny green and has white curls. It has smooth and fresh tasting with a sweet aftertaste, you can feel a floral aroma and fruity flavour.