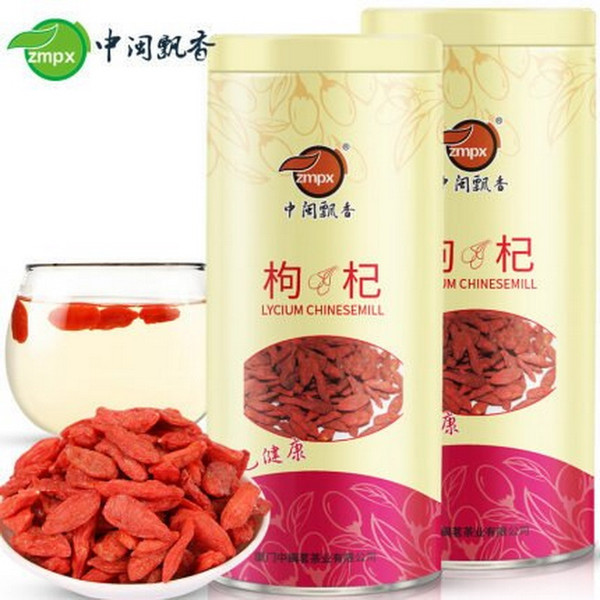 Renowned in Asia as one of nature's most nutritionally dense foods, wolfberries have been used in traditional Chinese medicine for nearly 2,000 years. This special herb comes from from Inner Mongolia, Ningxia, and the Tian Shan Mountains of western Xinjiang, China.

Wolfberries have long played important roles in traditional Chinese medicine where they are believed to enhance immune system function, improve eyesight, protect the liver, boost sperm production and improve circulation, among other effects. In TCM terms, wolfberries are sweet in taste and neutral in nature. They act on the liver, lungs, and kidneys and enrich yin. They can be eaten raw, consumed as juice or wine, brewed into an herbal tea.

Wolfberry fruits also contain zeaxanthin, an important dietary carotenoid selectively absorbed into the retinal macula lutea where it is thought to provide antioxidant and protective light-filtering roles. A human supplementation trial showed that daily intake of wolfberries increased plasma levels of zeaxanthin. Several published studies, have also reported possible medicinal benefits of Lycium barbarum, especially due to its antioxidant properties, including potential benefits against cardiovascular and inflammatory diseases, vision-related diseases (such as age-related macular degeneration and glaucoma), having neuroprotective properties or as an anticancer and immunomodulatory agent.

Wolfberries could be used directly, and do not need to be rehydrated prior to use. The berries are also boiled as an herbal tea, often along with chrysanthemum and/or red jujubes, and packaged teas are also available.