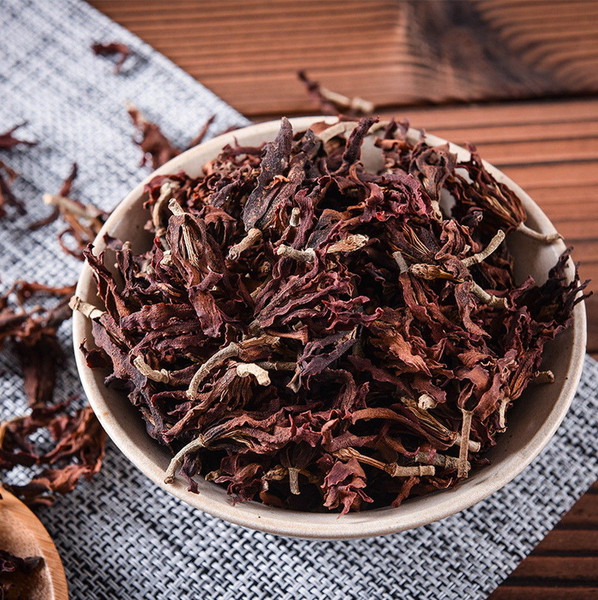 Type: Herbal
Packaging: Bag
Origin: China
Description: Magnolia denudata, known as the lilytree or Yulan magnolia, is native to central and eastern China. It has been cultivated in Chinese Buddhist temple gardens since 600 AD. Its flowers were regarded as a symbol of purity in the Tang Dynasty and it was planted in the grounds of the Emperor's palace. Yu Lan Hua is a humble looking flower which can release powerful fragrance. Yu Lan tree thrives in sub-tropical climates, common in Guang Dong, Yunnan and Jiangsu province. Yu lan flower became a substitute of perfume, its fragrance is attractive and refreshing.
Magnolia is actually a broad term that encompasses more than 200 different species within the Magnoliaceae family of flowering plants. Native to East and Southeast Asia, particularly China, this ancient type of flower has been around for more than 100 million years, predating even the evolution of bees. The hardy nature of the shrubs and trees on which these flowers grow have allowed it to survive and thrive in harsh conditions over so much evolutionary time, and it has developed a unique nutrient and organic compound composition over that time as well, representing potentially powerful health benefits for humans.
Magnolia has long been praised in Chinese traditional medicine but is now widely regarded as a beneficial supplement or herbal remedy around the world. Health benefits of magnolia include:
Antidepressant
Magnolia flower possesses calming and anti-anxiety effects. It is high in linalool, a chemical compound which has been found in medical studies to carry antidepressant and anxiolytic benefits.
Menstrual Cramps
The volatile components found in magnolia flowers are also considered soothing or relaxing agents, reducing inflammation and muscle tension when consumed. When it comes to menstrual cramps and discomfort, magnolia supplements are often recommended, as they can provide rapid relief, as well as improve mood and prevent the emotional peaks and valleys associated with the pre-menstrual period.
Alzheimer's Disease
For people suffering from Alzheimer’s disease or showing risks of other cognitive disorders, magnolia can be a very powerful strategy to increase cognition. The magnolol found in magnolia actually stimulates acetylcholine levels in the brain, which is what amyloid plaque in the brain can reduce. Honokiol is another of the active organic compounds in magnolia that is linked to increased brain function and neural activity, thereby reducing memory loss and increasing cognition by preventing oxidative stress.
Anxiety Treatment
Honokiol, mentioned above, has certain anxiolytic qualities that directly impact the hormonal balance in the body, particularly in terms of stress hormones. By regulating the endocrine system, magnolia is able to reduce anxiety and stress by soothing the mind and lowering hormone release in the body. A similar chemical pathway allows it to help relieve depression as well, by stimulating the release of dopamine and “pleasure” hormones that will turn your mood around in no time!
Respiratory Issues
Magnolia has long been used to relieve certain respiratory conditions, including bronchitis, coughing, excess phlegm, and even asthma. Asthma is a particularly challenging respiratory condition to treat, and typically requires the use of a steroid inhaler. However, magnolia naturally stimulates the corticosteroids in the body to respond to conditions like asthma, thereby relieving that inflammation and preventing asthmatic attacks.
Controls Diabetes
One of the reasons that magnolia has gotten so much press in recent years is its flower's active compounds' ability to mimic cortisol, the stress-hormone reducing factor in our body. By acting as cortisol, magnolia can also help the body control its release and management of blood sugar, effectively helping to prevent the development of diabetes. If you already suffer from diabetes, then it can keep your blood sugar levels stable and help you avoid any diabetic episodes.
Improves Liver Health
Along with stimulating the lymphatic system and increasing the level of toxins being eliminated from the body, magnolia has also been linked to reducing the build-up of fat around the liver, one of the primary causes of liver failure following excessive alcohol consumption, also called ALD (Alcohol Liver Disease). Researchers have shown magnolia to be a promising remedy for this widespread problem for people who drink excessively and want to retain a high quality of life as they age.
Anti-allergenic
In a similar vein to magnolia's effects against asthma, the steroid-mimicking properties of magnolia extracts help prevent allergic reactions in those who regularly suffer from these symptoms. If you have hay fever, seasonal allergies, or specific allergen sensitivity, magnolia supplements can help to strengthen your resistance and keep you feeling your best!
Brewing Guide: When it comes to preparing this tea for consumption as a tasty hot beverage, a period of five to seven minutes is the optimum steeping time. You may add honey to it. A water temperature of 100 °C - 212 °F recommended for the stepping processes.