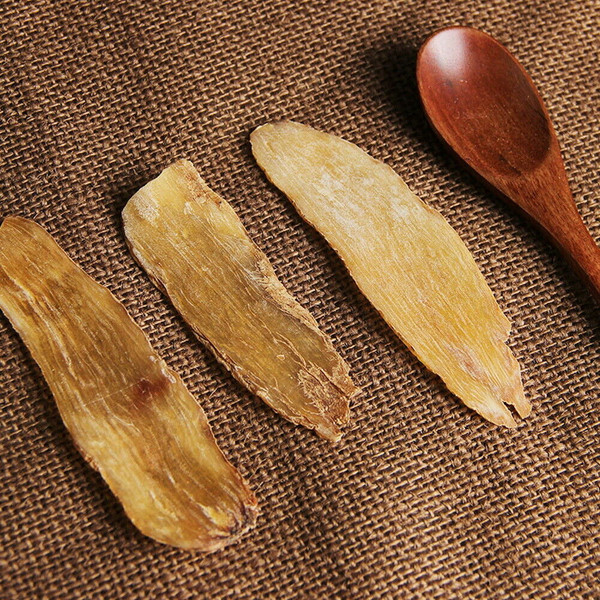 Type: Herbal
Origin: China
Packaging: Bag
Description: This herb is originally from the far east in areas of China, Japan, Korea and Tibet. It is one of the oldest used herbs in Chinese medicine. Gastrodia refers to the tuberous root of an orchid-like plant, gastrodia elata. It is an unusual herb in that it requires the presence of two other organisms for sustenance: armillaria mellea, a type of mushroom, must be incorporated into the tuber in order to maintain its maturation and growth, and another fungus, mycena osmundicola, is required to sprout the seeds.
Gastrodia has been incorporated into traditional Chinese medicine for at least 2,000 years. It was originally called chi qian, meaning red arrow, because the plant has a red stem shaped like an arrow's staff. It was later given the status of a "superior herb," meaning that it could be taken for a great length of time to promote health and prolong life.
Gastrodia elata, also known as Tian Ma in Pinyin, can be traditionally used as a Chinese herb for the treatment of headaches, dizziness, numbness, convulsions in children, epilepsy, tetanus, hemiplegia, neurasthenia, angioneurotic headache, cerebral arteriosclerosis, senile dementia, sudden deafness, central retinitis, cervical spondylosis, Meniere’s syndrome, and so on. The main medicinal part is its root.
Modern pharmacological actions of gastrodia
1) It can significantly reduce the spontaneous activity, prolong pentobarbital sodium or hexobarbital sodium induced sleep time, and inhibit or reduce the onset time of epilepsy;
2) It can reduce the resistance of peripheral vessels, cerebral vessels and coronary artery, lower blood pressure, slow down heart rate, relieve pain, and reduce inflammation;
3) Its polysaccharide has immune activity.
Use guide: In TCM, Tian Ma bulk herb is used in the daily dosage of 3 to 9 g. In most cases, bulk herbs are cooked in boiling water to make tea or soup for consumption.