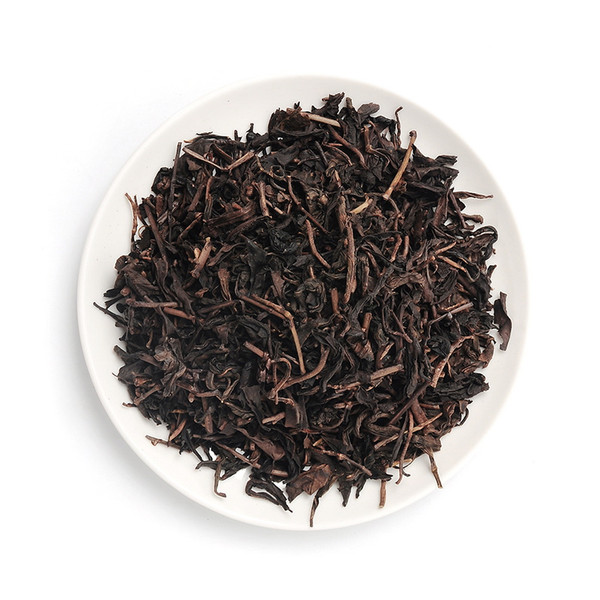 Laiwu yellow tea belongs to dry-baked tea, which is a kind of crude tea that is directly dried without kneading. It originated from Huoshan and Lu'an in Anhui Province, China. It was created in the Longqing period (1567–1572) of the Ming Dynasty and later introduced to Laiwu area in Shandong province. It has a production history of more than 400 years. Laiwu yellow tea has large leaves and long stems. It is a semi-fermented yellow tea.
Laiwu yellow tea adheres to the traditional processing technology, and the production method is rigorous. The liquor is dark in color, has a strong roasted fragrance, and is warm in nature. In addition, this tea has medicinal properties, it can cure colds, help digestion, refresh, relieve fatigue, hangover, and quench thirst.

The brewed tea has an amber hue and a fruity and sweet aroma. The tea brews to great pronounced natural sweetness, mostly dark wood, a bit of cinnamon. Complexity is good, with very rich and clean flavors. The taste is smooth and lightly sweet with a strong baked aftertaste.

Brewing Guide: The water used to steep this tea should be about 185-195°F or 85-90°C. Use about 1 teaspoon (3 grams) of tea leaves for about every 5 ounces (150 milliliters) of water. A steeping time of about 3-5 minutes with more or less time is recommended depending on the desired concentration.