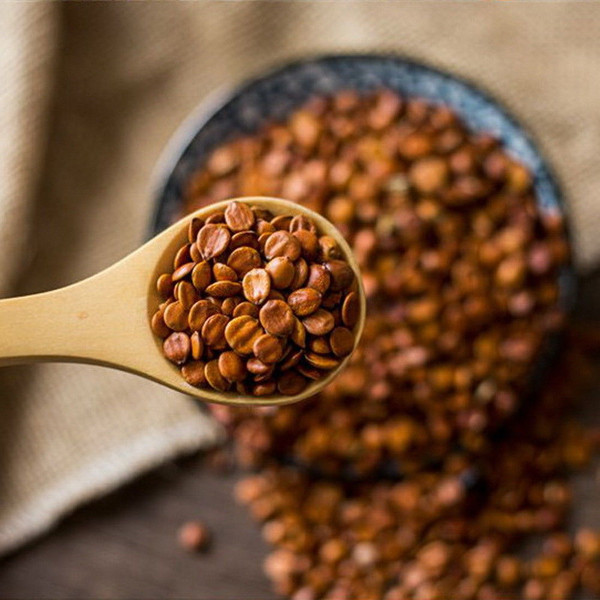 Type: Herbal
Packaging: Bag
Origin: China
Description: The amazing medicinal uses of Suan Zao Ren, also known as sour jujube seed in English-speaking countries, were recorded very early on the “Shen Nong’s Herbal Classic”, in which this Chinese herb was placed in the top-grade category thanks to the healing properties of settling five Zang viscera, losing weight, and prolonging life. So, do not underestimate this wild fruit that is not eye-catching at all because it may be the one and only medication that can cure the insomnia that has troubled you so long. In Chinese herbal remedies, it nourishes the liver, tranquilizes the heart, calms the mind, and arrests sweating. Today it is often used to treat neurasthenia, irritability, insomnia, nightmares, night sweats, nervousness, and so on. From the point of view of western medicine, it extends the deep sleep hours by impacting the slow-wave sleep (SWS).
Do you ever feel listless during daytime but just can’t fall asleep at night though you are literally tired? That is actually the typical clinical manifestation of people who has difficulty with sleeping. Insomnia has long been documented as a disease in ancient China. So, how did the ancient treat insomnia? The authority words are from Jin Gui Yao Lue (Essential Prescriptions of the Golden Coffer), which concludes that the Jujube Seed Decoction (Suan Zao Ren Tang) governs patterns of insomnia caused by consumptive disease and deficient dysphoria. Actually it is the inspiration of many later insomnia remedies. From this it’s not hard to see jujube seed plays an important role in the treatment of insomnia, neurasthenia, etc. Besides of treating insomnia, it has tons of other health benefits.
1) Maintaining a good nutritional balance. It is rich in vitamin C too. Eating it regularly can replenish vitamin C required in order to maintain good nutritional balance;
2) Calming the mind and soothing the nerves. Thanks to its special healing properties on insomnia, it is regarded as the “Oriental sleeping fruit.” What’s more, it is also somewhat a tonic. And Zhen Jing An Mian Wan (Calm Sleeping Pill), a commonly used Chinese patent medicine, takes it as one the main ingredients;
3) Arresting sweating and promoting the secretion of body fluid. Since this is an herb of sour flavor, it is often used in spontaneous sweating and night sweating in physically weak people who in particular have feelings of anxiety that always make them tense and irritable;
4) Tonifying liver and kidney and tranquilize mind by nourishing the heart. That’s to say, it works on menopausal syndrome and liver-kidney deficiency induced symptoms, including restless sleep, facial flushing, feverishness in palms and soles, dizziness, tinnitus, abnormal vaginal discharge, enuresis, urinary frequency and so on;
5) Treating insomnia, palpitations, and depression by tranquilizing by nourishing the heart. The traditional medications for insomnia and depression in western medicine are quite addictive and with lots of side effects. In comparison, Chinese herbs for insomnia and depression are not addictive and won’t result in drug dependence. Jujube seeds can effectively help relieve insomnia naturally, improve sleep quality, and relieve headaches, dizziness, fatigue and other phenomena. In addition, it can also relieve stress, anxiety, depression, memory loss, neurasthenia and other symptoms. More importantly, it helps people sleep sound again, in a natural way.
6) Other effects. It has certain antihypertensive effect and it serves as uterine stimulant. As a result, it helps Yin-blood deficiency induced palpitation, insomnia, and forgetfulness and physical weakness causing excessive sweating.
How to use: The Chinese Materia Medica believes that it is sweet-sour in flavor and neutral in nature. Recommended Suan Zao Ren dosage is from 6 to 15 grams in decoction or from 3 to 5 grams in the forms of powder and pills.
It works wonder on the treatment of a variety of diseases that is characterized by the onset during the period of the day from 11 p.m. to 1 a.m., anejaculation, hysteria, menopause, pruritus, pain caused by gastrointestinal diseases, and the like. They could be treated with the combination of jujube seed 30g and licorice 10g, taken at 10 o’clock at night.